Not only did Tim deliver the birds, but he kept us in good spirits, even when hiking up a mountain at 3am.

Sharing incredible birding experiences and wildlife Tours with nature-minded people for more than 15 years. When we say, "We. Find. Birds.", we mean it.

Our tours are designed to focus on some of the most sought-after species wherever we go. In the United States, we offer a variety of tours in the Mountain West for birds like Flammulated Owl, Cassia Crossbill, Himalayan Snowcock, Black Swift, Gray Vireo, and more. Internationally, our tours target endemic-rich regions and tough-to-find species. Give us a chance and we'll find birds for you! 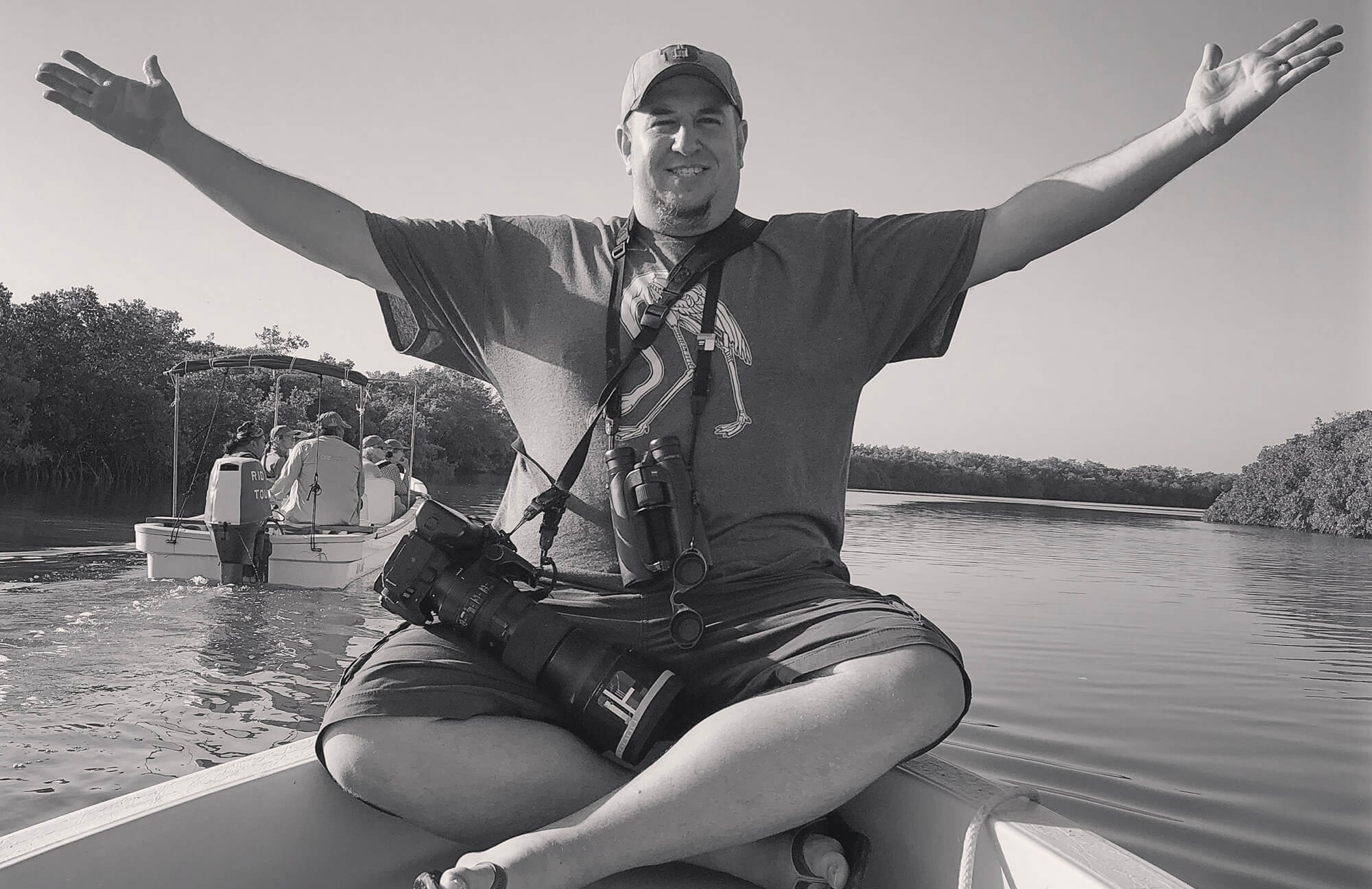 Tim's interest in birds came at an early age flipping through Golden Guide to birds in his dad's pickup truck.  His family fished, hunted, hiked, and spent a great deal of time in the outdoors, exposing him to all the wonders of the Mountain West.  In Tim's words, "My dad wasn’t a birder, but could tell me what a Heron, Osprey, or Kingfisher was. I distinctly remember the bird that turned me into a birder though—a Western Tanager sitting in a Ponderosa pine. I couldn’t believe the colors—this bird existed, and in Utah! I was hooked."

From 2003-05  Tim was a field technician by Rocky Mountain Bird Observatory to work on their Monitoring Wyoming Birds project honing his birding by ear skills and learning the habitat-based distribution of western birds. On July 9, 2005, a group of techs, RMBO Staff, and a local Audubon group discovered the first Flammulated Owl nest in Wyoming and Tim took the first photo of a Flammy in the state. In 2007, while working for the state of Utah on a riparian monitoring project Tim was asked by a group of visiting birders if he could help them find a Flammulated Owl.  And just like that he entered the world of guiding. `

Tim currently holds the 2 biggest year records for Utah with 358 in 2016, and 355 in 2007.  Tim also holds the Utah Big Day record at 205 species, that he set with friends Kenny Frisch and Colby Neuman in 2014. When not birding or guiding Tim works in the software industry helping companies design better products for their customers. He is happily married with a 6-year old who Tim knows will give him a run for his money one day as a birder! 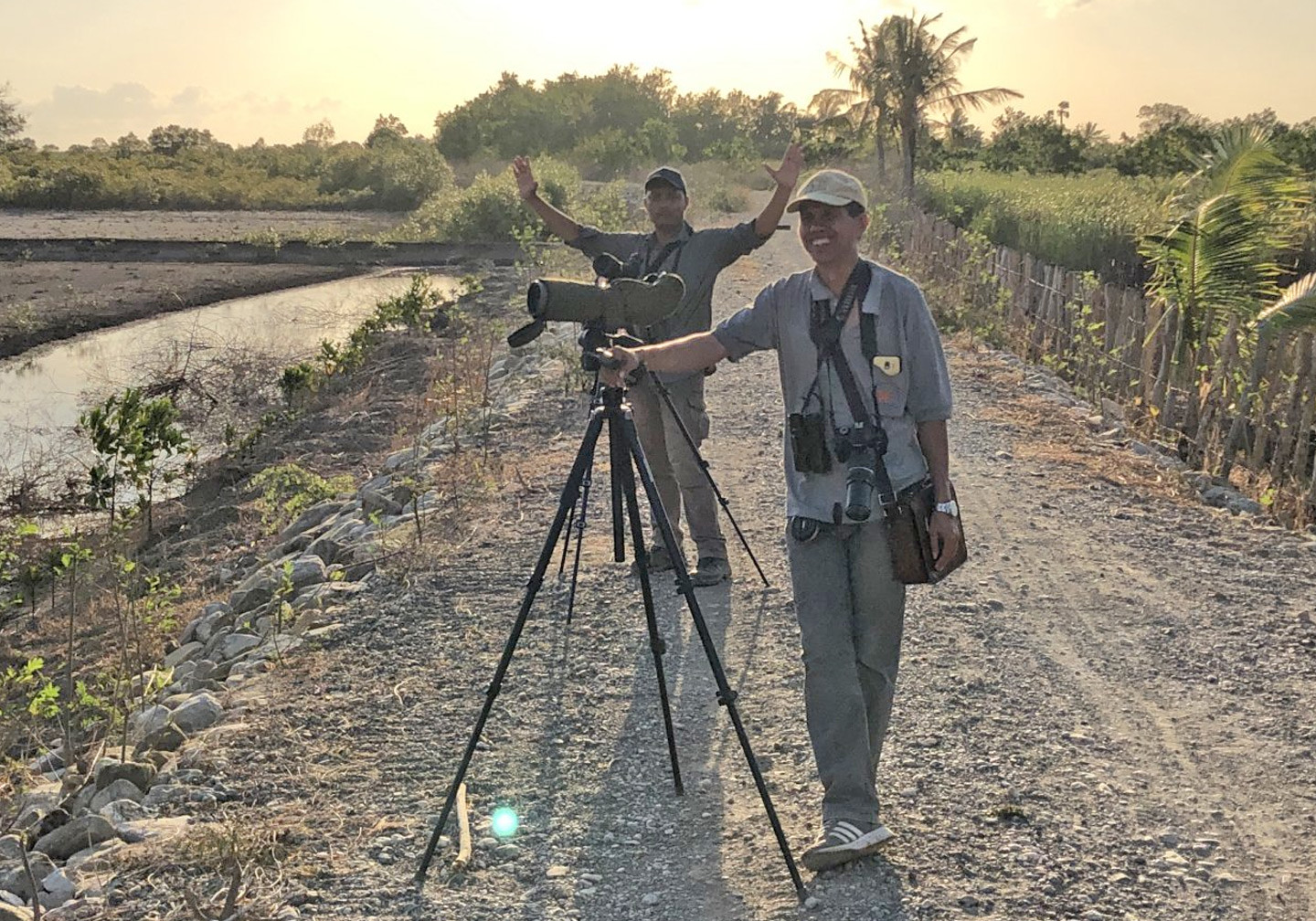 Over the past decade, we’ve built relationships with local guides around the world, the make sure that our tours operate smoothly once on the ground. Our local partners work tirelessly to take care of the smallest details and have up-to-date information on many of the hard-to-find species we target during our tours.

Simply, without our local partners, our international tours would be much harder to operate.  In Indonesia, we’ve teamed up with Bali Birding Tour and in southern Mexico, our premier partner is Luis Ku. As we add more tours to our lineup and receive approval from our local teams, we’ll add more information about those guides, and the meaningful impact they’ve had on our company and our customers. 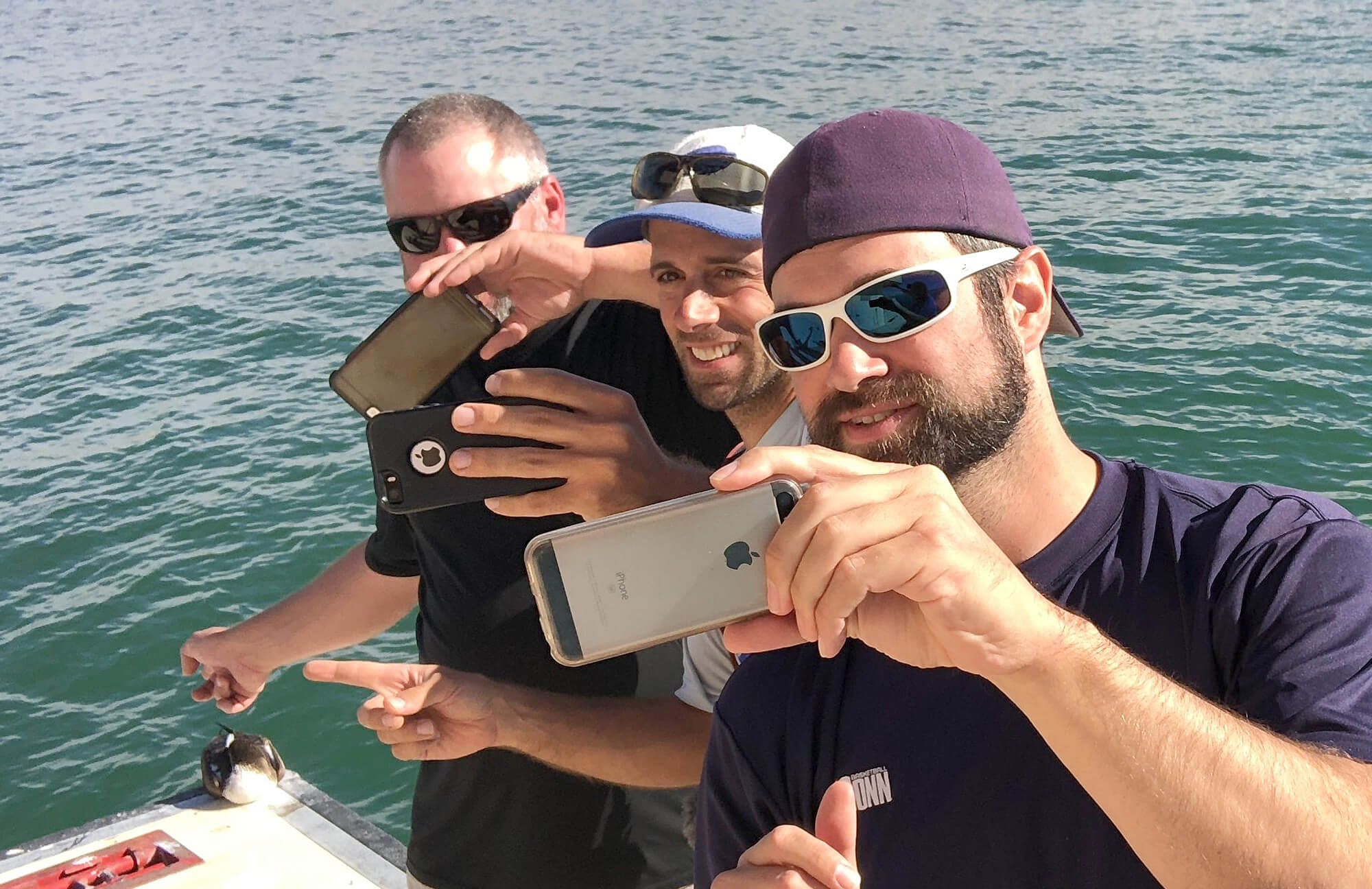 Our Utah Team The Birders We Trust

Here in the states, we work with a variety of local guides as needed for tours.  While most of our tours are led by Tim, numerous tours require additional guides, or when we have overlapping tours, our select local guides are there to make sure our tours always run smoothly. In the past, Taylor Abbott, Mike Hearell, Kenny Frisch, and Josh Kreitzer have all led tours and in the future, we will continue to work with these excellent birders and others as we grow! 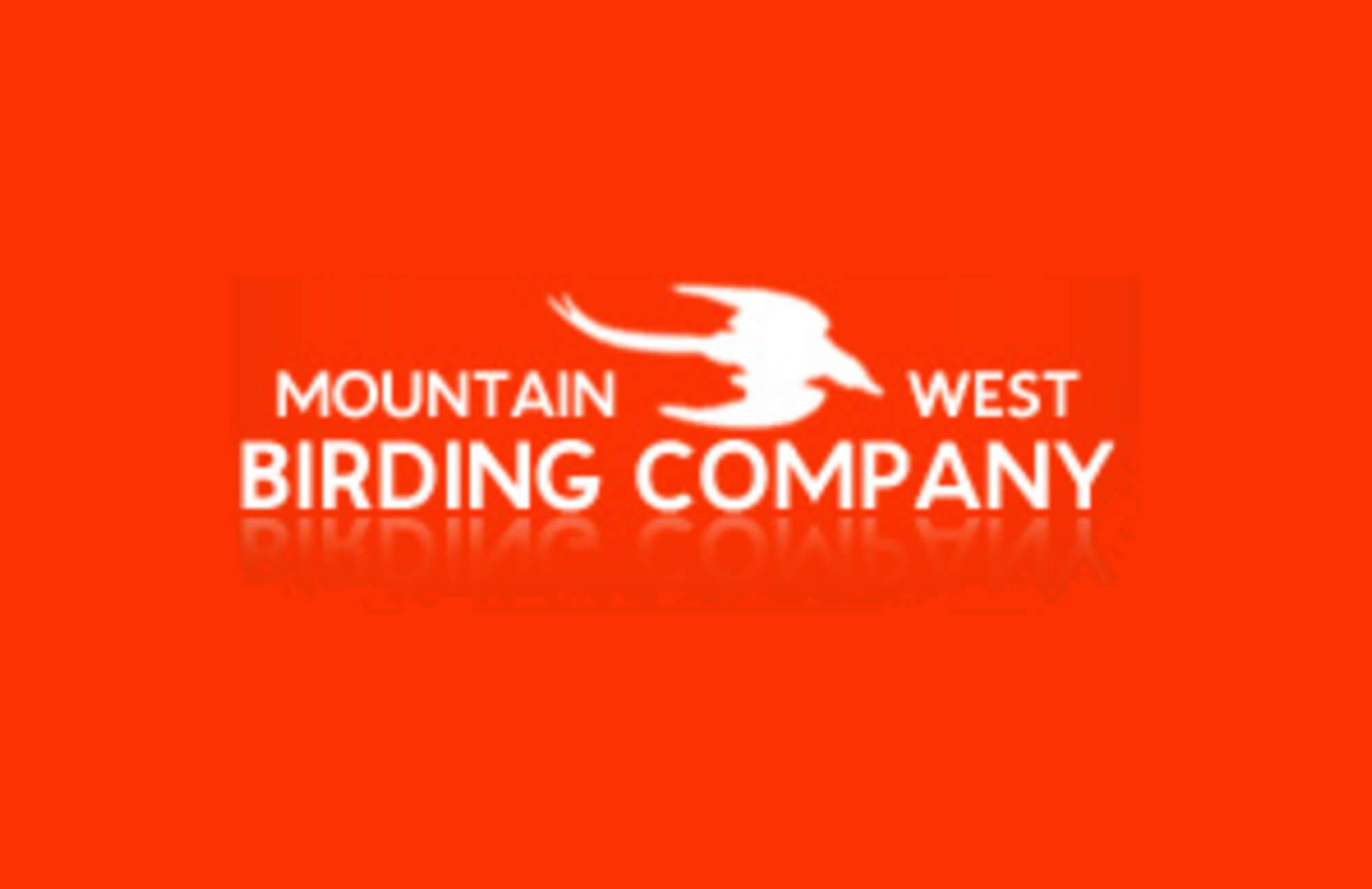 After the initial foray into helping birders find Flammulated Owls, the opportunity to expand came a year later in 2008, when the ABA Convention lands dat Snowbird, Utah. Owner, Tim Avery was asked to help lead a dual field trip with Steve Howell, Jeffrey Gordon, and Jeff Bouton for mid-elevation coniferous species and shorebirds. Seeing an opportunity, he put together a simple website and business cards and handed them out. He ended up leading several small groups to look for their lifer Flammulated Owls—and Mountain West Birding Company was born 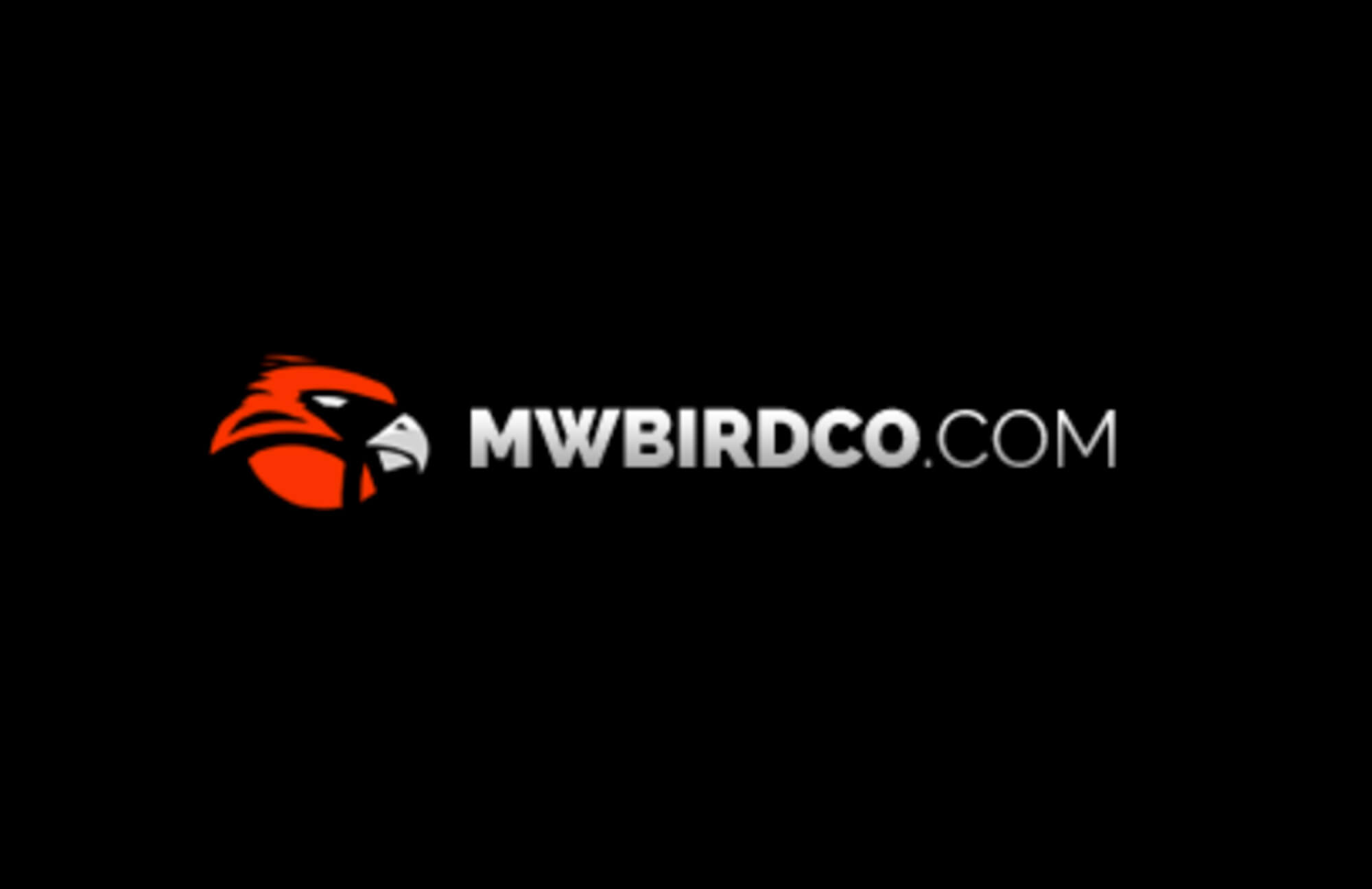 While guiding for Flammulated Owls was the primary focus, we attempted to break into the retail space with an online store in 2011. During the 2 years we operated our shop, we enjoyed making various contacts at optics brands, and with outdoor retailer industry experts that provided great insights into the industry and helped us try to be succefqll in our niche space 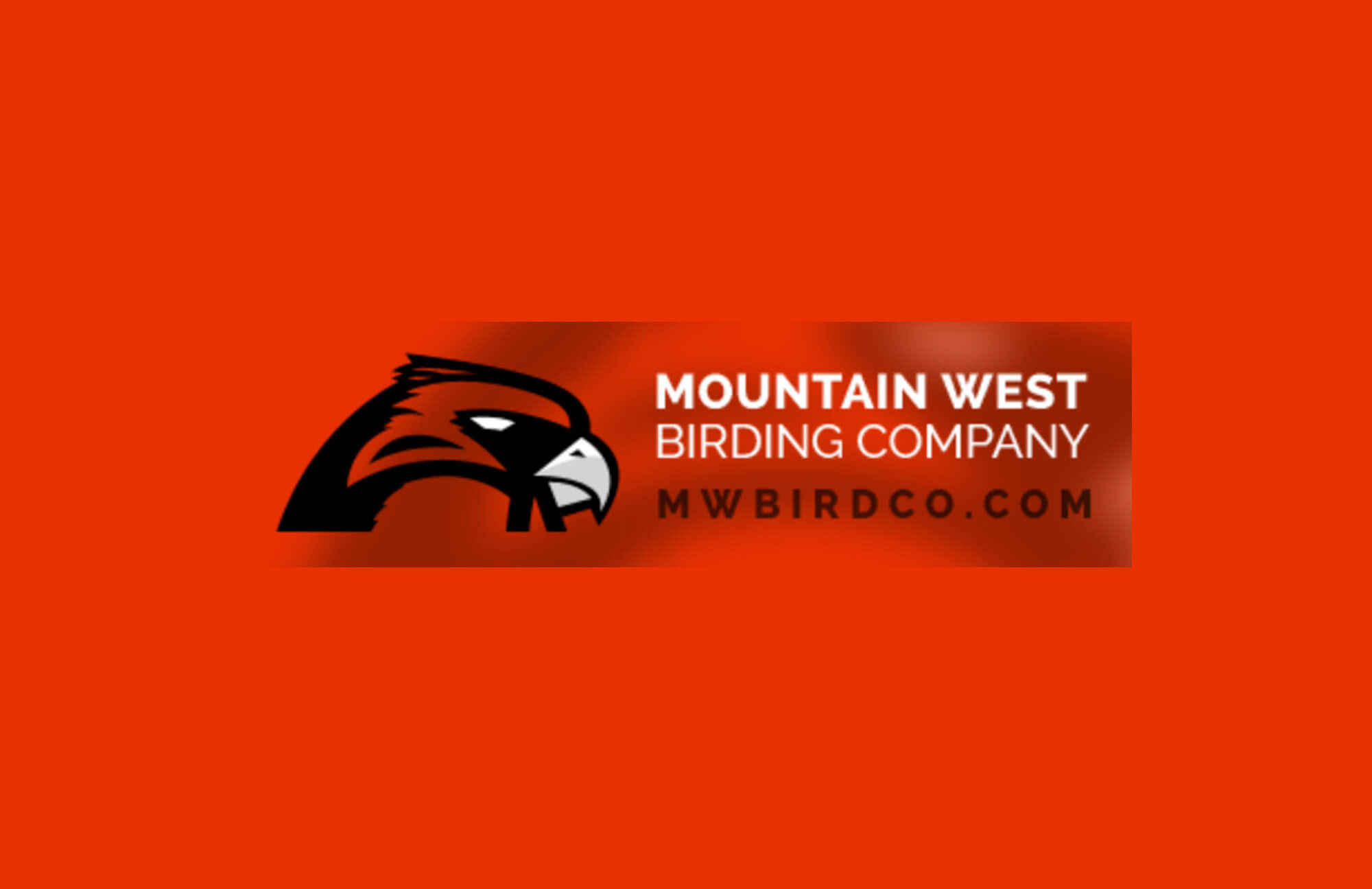 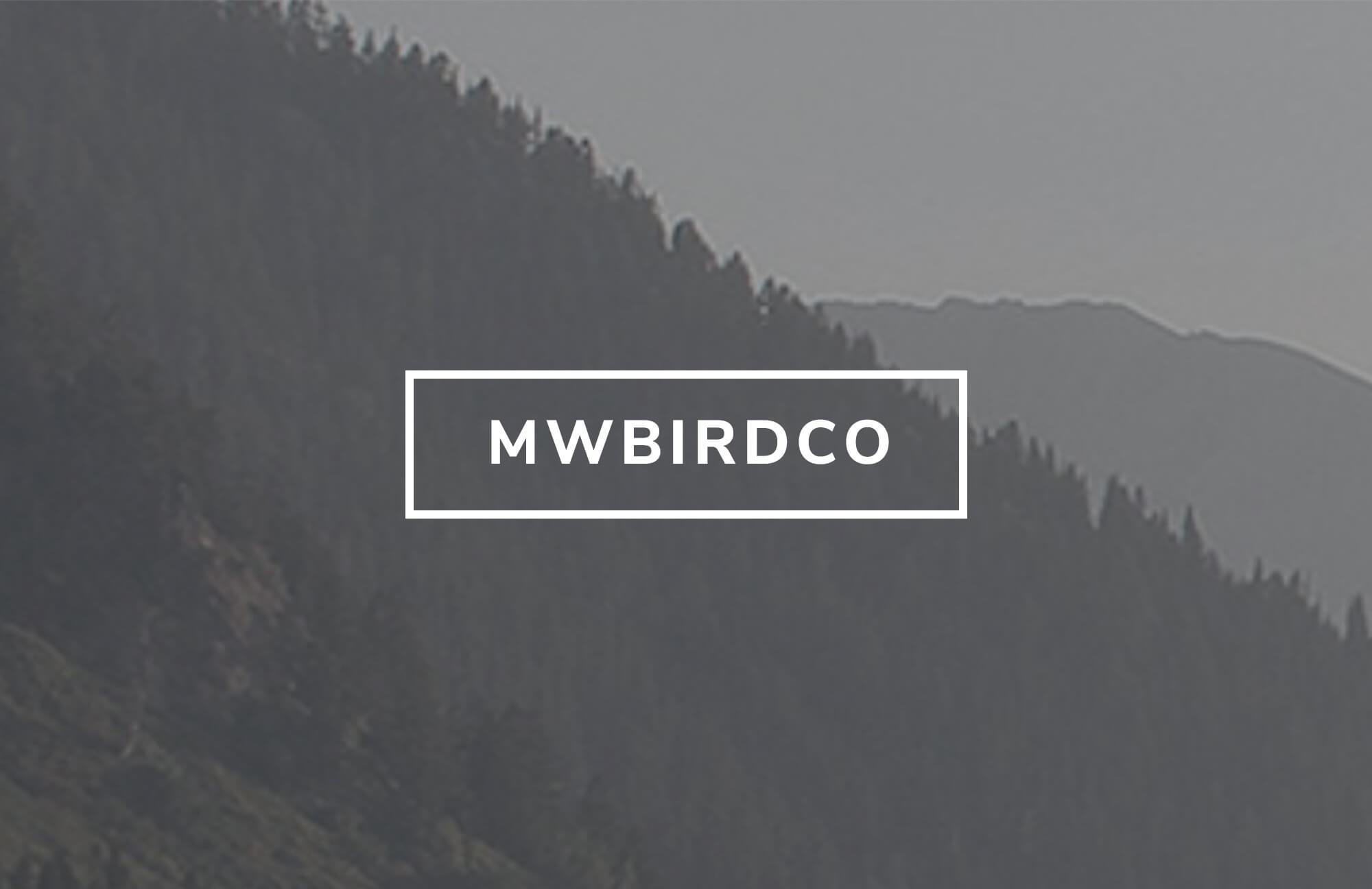 As we focused on growing our brand and expanding our tour offerings we passed our first major milestone, showing our 100th Flammulated Owl on a tour in 2014. By 2016 we reached our 500th Flammy on a tour, exceeding our expectations, and offering 10-20 owl tours every summer for clients form around the world. In 2017 we offered our first Most Wanted Tours, providing multi-day targeted itineraries. We also partnered with The Travelling Naturalist to offer a Grand Teton & Yellowstone Solar Eclipse Tour during the Great American Eclipse. 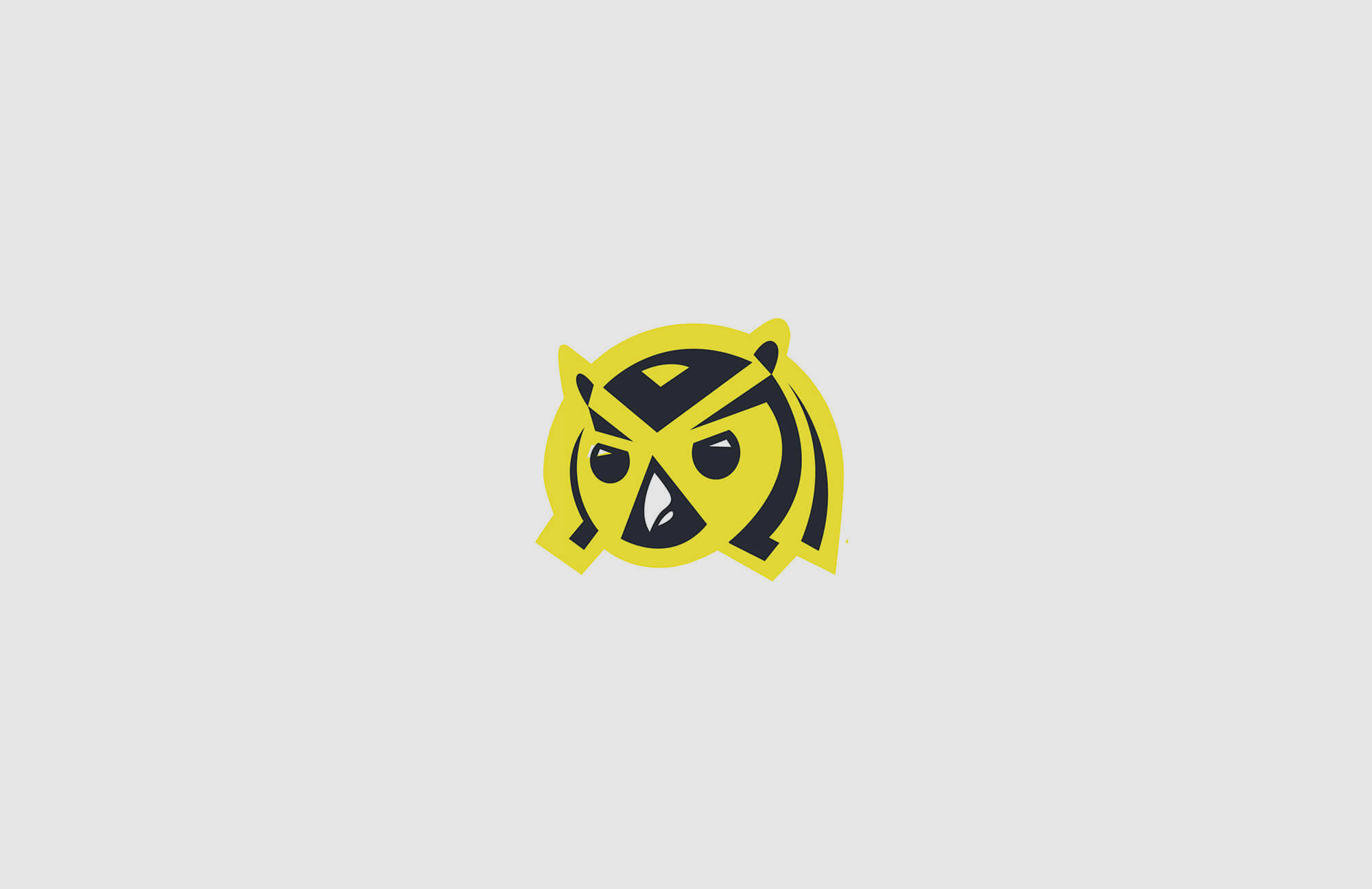 Needing a fresh and unique look we rebranded, introducing the “Flammy Mark” to represent the species that helped grow our brand. A new, unique, and ultra modern website helped us highlight our tours, and bring focus to our firs international tours. In 2019, we showed our 1,000th Flammulated Owl on a tour, and took our first international tour group to Bali and the Lesser Sundas for 3 weeks. Hot off the heels of this tour we brought a group to the Yucatan and Cozumel for a week in January 2020. Our goal of launching an international birding tour company had come to fruition! 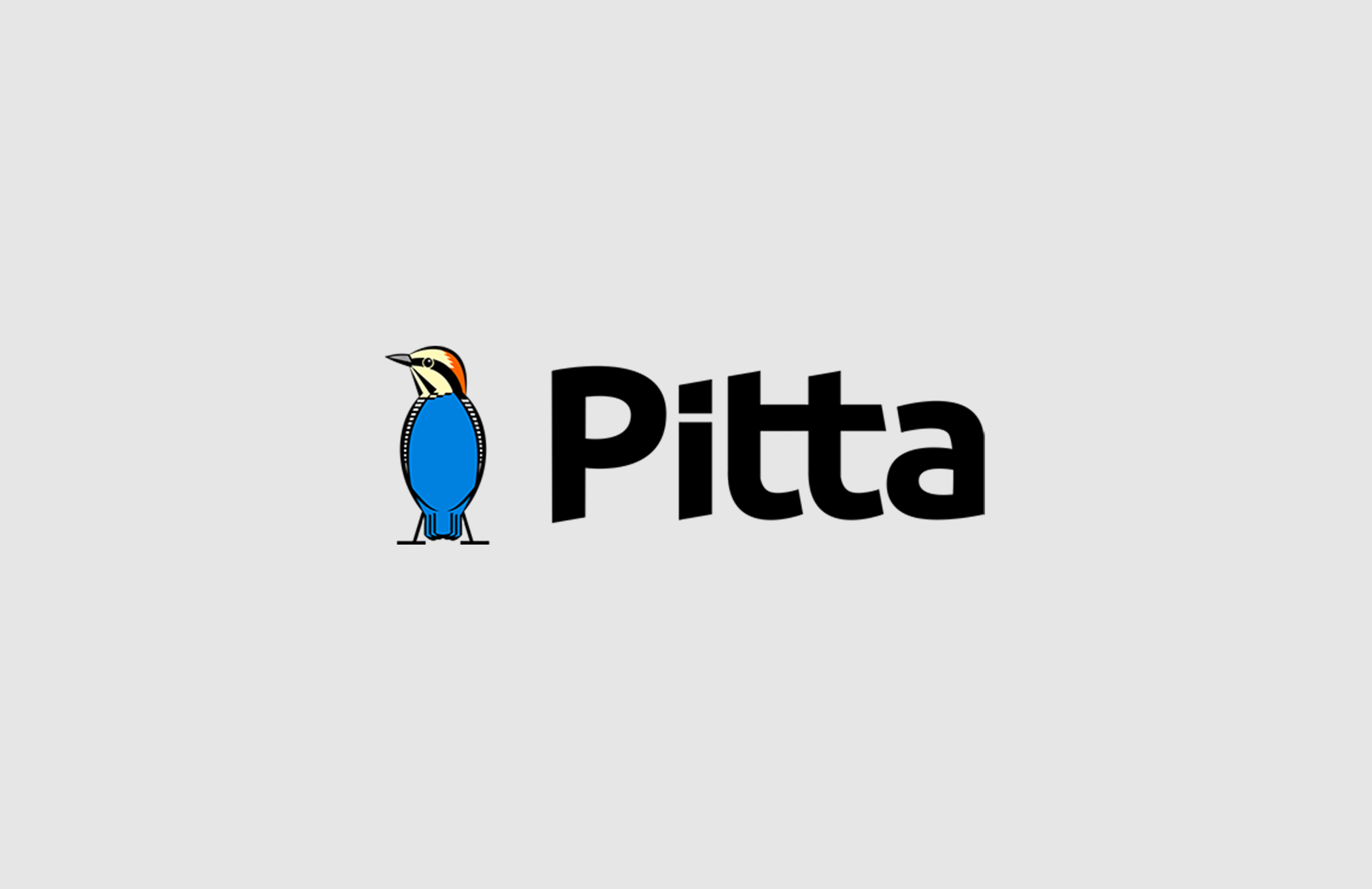 Shortly after our first international tours, we decided to make a change. As we expanded our tour offering to include more and more international destinations, with a focus on endemics and highly sought after birds in out of the way places, we wanted a name to match—and thus, Pitta Nature Tours was born. Why Pitta? Who doesn't love the "jewel birds"? We can only aspire to be as incredible as these birds, and that is our goal!

One year later we are finally announcing the change, with hopes that our international tours will pick back up during the winter of 2021-22!

This was our first value, and the one which we built our business around. We. Find. Birds. It’s a simple concept that we stand by on every tour. We use reliable, time-tested methods, and are determined to seek out the birds our customers want to see. 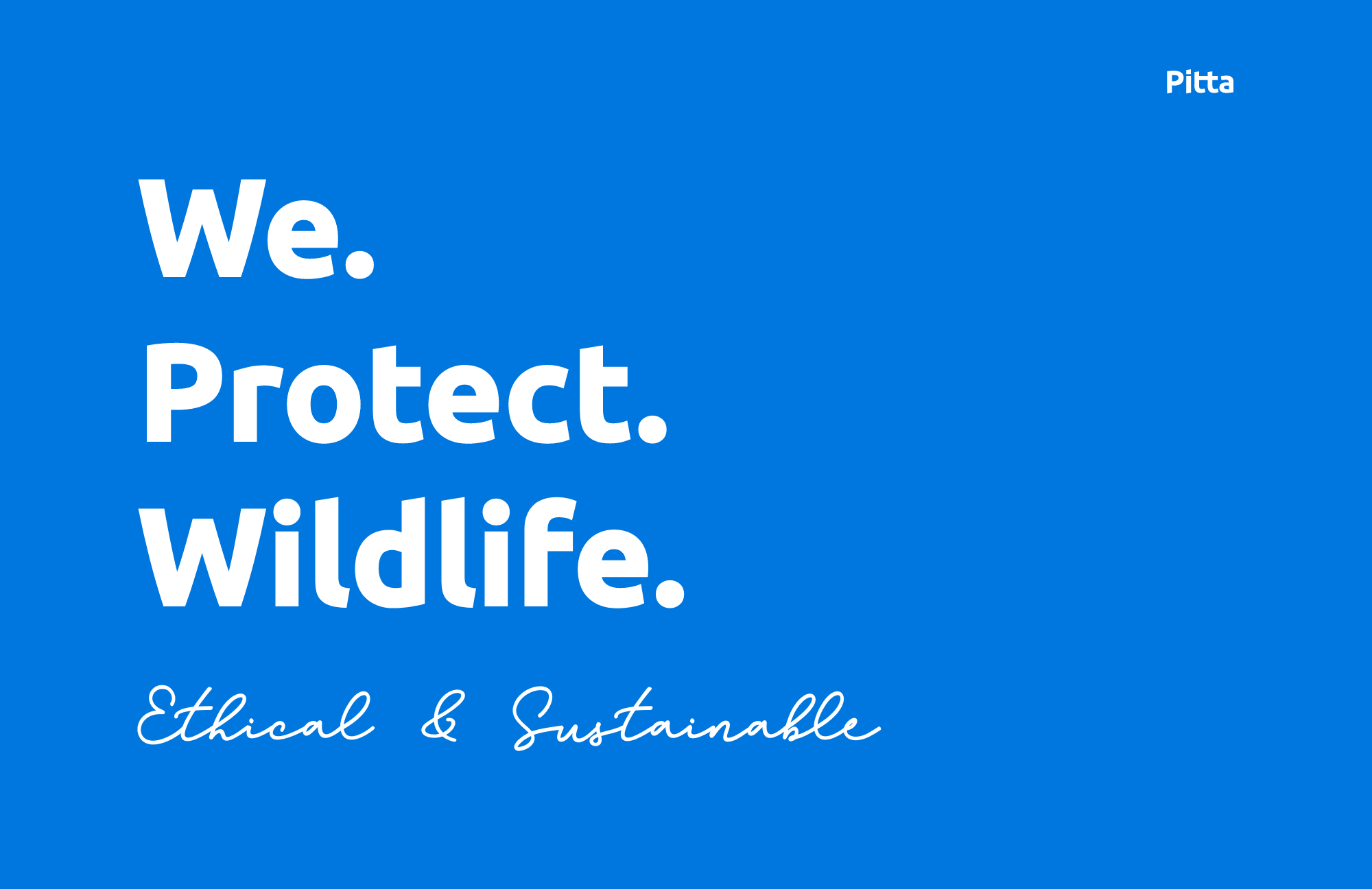 Without wildlife, there would be no Pitta Tours. We. Protect. Wildlife. Whether supporting environmental causes, speaking out for conservation, or through our actions in the field, we insist on ethical birding to maintain a sustainable model for years to come. 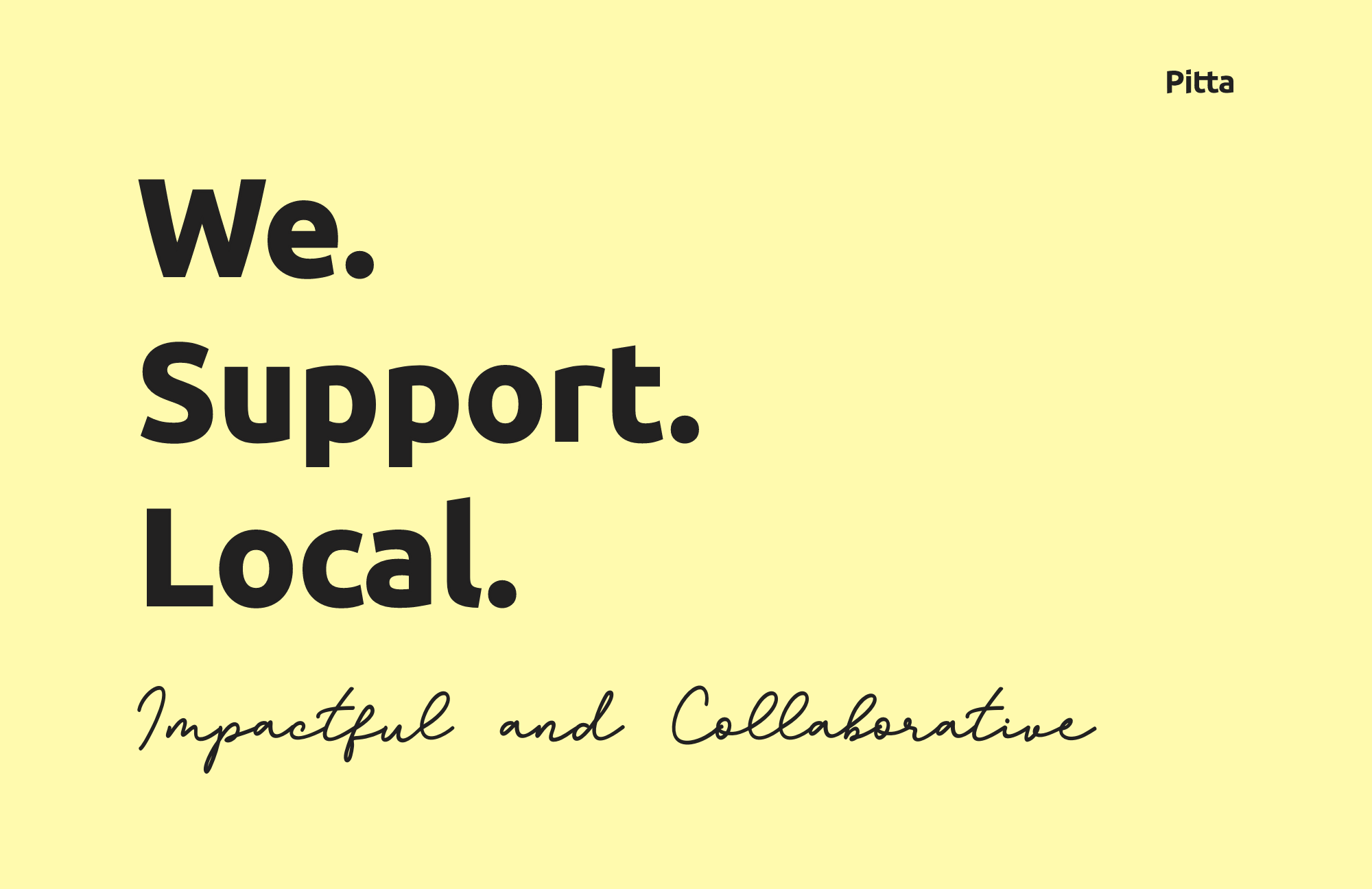 We are a small local business, so we try to support small local businesses whether through our partnerships for tours, frequenting local shops, and restaurants, or outreach through volunteer work in the community. Collaborative and impactful relationships for a better world. 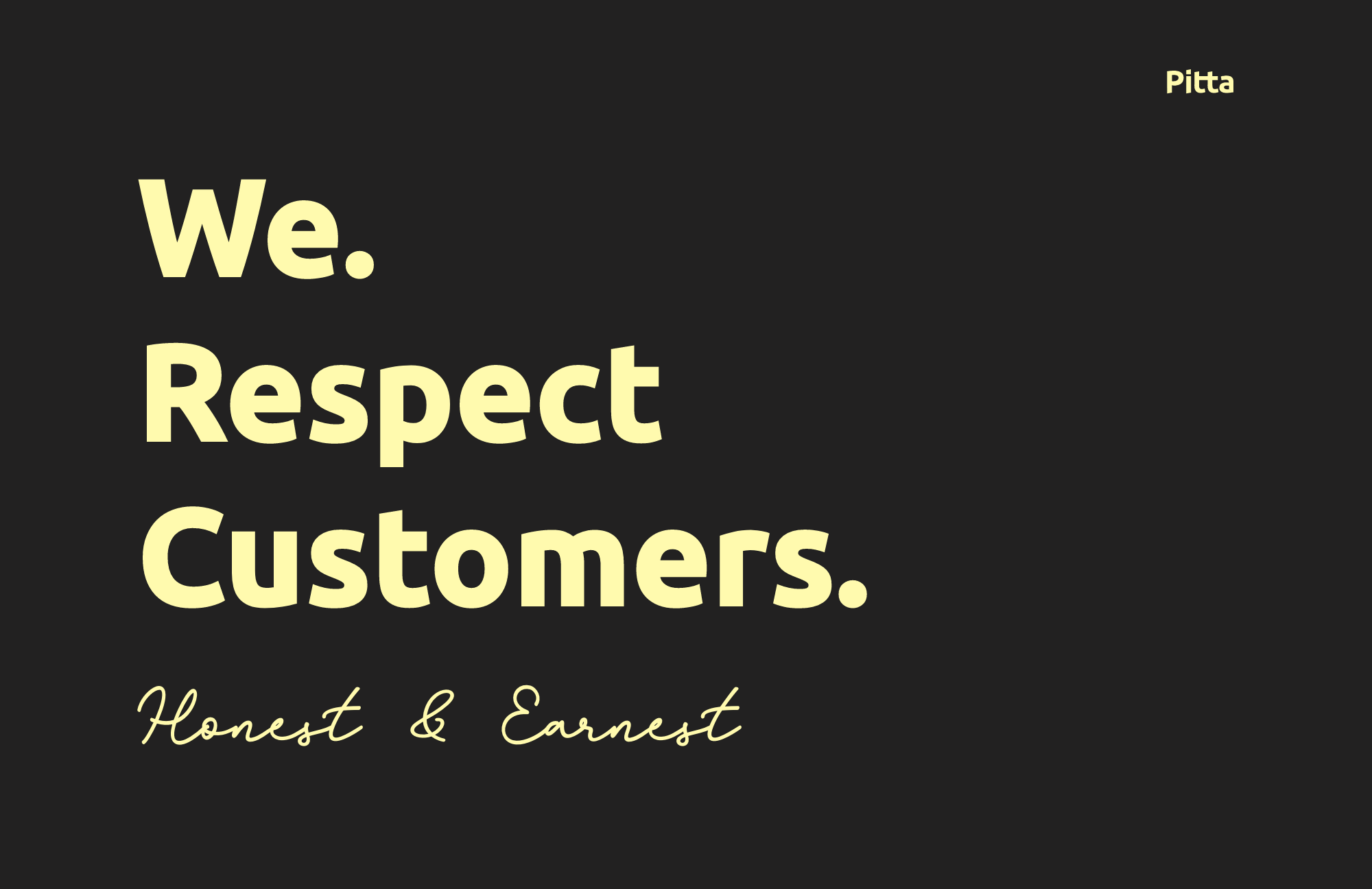 At the end of the day, we rely on our customers to be able to offer the tours we do, and share the experiences we are able to share. We are honest from the start, and earnest in our efforts. We’ll do what it takes to make sure you want to go birding with Pitta Tours again!

Tim was passionate about the birds, enthusiastic about getting everyone on every bird, professional with planning and guiding, and extremely knowledgeable about the birds. We got all of our targets...

Recent Photos from Our Tours

Still have questions? Ready to book a tour? Either way tapping the buttons below will put you in touch with us! 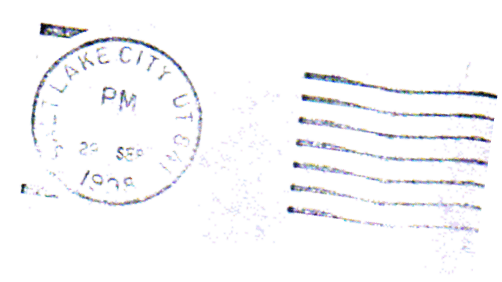